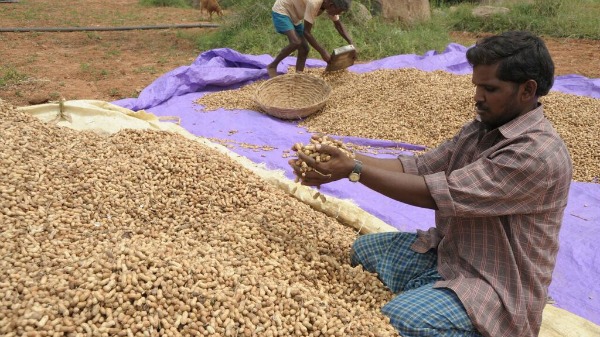 WEST Aussies with a peanut allergy may soon be able to enjoy peanut butter on their morning toast without fear of a negative reaction thanks to plans by local scientists to develop a non-allergenic ‘super’ peanut.

In a world first, under the leadership of University of Western Australia Winthrop Professor Rajeev Varshney, a global team sequenced and identified 50,324 genes in an ancestor of the cultivated peanut, Arachis duranensis.

They decoded the peanut DNA to gain an insight into the legume’s evolution and identify opportunities for using its genetic variability.

Importantly, the researchers have isolated 21 allergen genes, that, when altered, may be able to prevent an allergic response in humans.

The last decade has seen an alarming rise in peanut allergies with almost three in every 100 Australian children suffering, and only 20 per cent growing out of the allergy.

The allergic reaction of peanuts is caused by specific proteins in its seeds, according to Dr Varshney who is also the Research Program Director at International Crops Research Institute for the Semi-Arid Tropics (ICRISAT).

“These 21 characterised genes will be useful in breeding to select the superior varieties in the laboratory such as ones that are non-allergenic,” Prof Varshney says.

Peanuts or groundnuts (Arachis hypogaea L.) are an important global food source and are a staple crop grown in more than 100 countries, with approximately 42 million tonnes produced every year.

Originating in South America, humans have cultivated peanuts for more than 7,600 years.

With a very high seed oil content of 45–56 per cent, peanut oil contains nearly half of the 13 essential vitamins and 35 per cent of the essential minerals.

Peanuts are also associated with several human health benefits, and have been found to improve cardiovascular health, reduce the risk of certain cancers, and control blood sugar levels.

“By using this ’molecular breeding’ approach, we can also accelerate the breeding process, and generate superior varieties in 3–5 years compared to traditional breeding that takes 6–10 years.”

“This is basically a simple breeding process that uses the molecular markers/genes to select the lines in the breeding, and farmers have been growing such varieties for many crops all around the world,” Prof Varshney says.